You are here: Home » News

Domicile is a general legal concept which in basic terms is taken to mean the country where you permanently belong. But actually, determining domicile status can be complex. HMRC guidance states that domicile cannot be defined precisely, but the concept rests on various basic principles.

Although domicile can change, there is generally a presumption in favour of the continuation of an existing domicile. To change a domicile, lots of factors are considered for example, the location family, property and business interests.

There is also a further UK concept of deemed domicile, whereby under rules introduced from April 2017, any person who has been resident in the UK for more than 15 of the previous 20 years are deemed to be domiciled in the UK for tax purposes. This makes them liable to Inheritance Tax (IHT) on their worldwide assets.

IHT is generally chargeable to people domiciled (or deemed domiciled) in the UK or with assets sited in the UK. For example, HMRC’s manuals states that if someone creates a settlement with assets outside the UK, when they are not domiciled in the UK, the settlement could be excluded from the charge to IHT. There are also double tax agreements that can, depending on the circumstances, change a person’s liability to IHT. 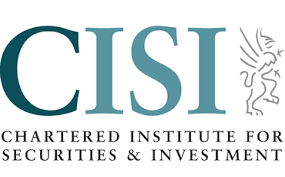